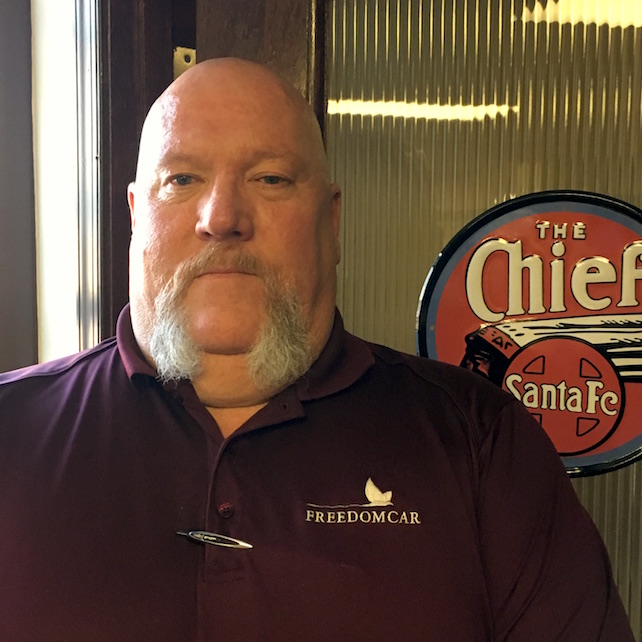 He’s practically famouse. (That’s not a typo.) You see, he was once considered for a job as Mickey Mouse in Walt Disney World. (Bet you didn’t see that comin’.) His other claim to fame was his hole-in-one. If he sounds like a lucky guy, he’ll tell you it was all skill. And we’ve seen his skill behind the wheel. That’s what landed him a spot on Team FreedomCar. His skills don’t end there. He also rebuilds steam engines. But if you really want to be impressed, you should see this guy pick a crab. Now those are some skills, hon.