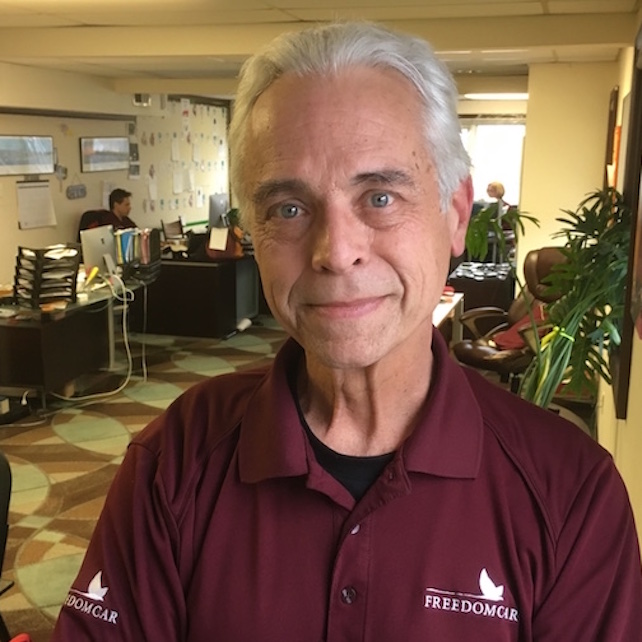 Chuck is Baltimore born and bred. He grew up in Roland Park, went to Poly, then Loyola, then spent a 30-year career in the newspaper business, including a run as Deputy Director of Photography at the Baltimore Sun. Still an avid photojournalist (Google Charles Weiss Photography or take one of his photojournalism classes at Towson University or Cecil College) he also keeps his sharp eyes on the skies as an avid flyer of radio controlled model aircraft—a love of flying that started with a 25¢ balsa wood Sleek Streak and a 15¢ Skeeter he got as a kid. He also loves driving the FreedcomCar Transit vans because it feels like he’s stepping onto the deck of an aircraft carrier. It’s not your everyday vehicle…you have to be on your toes and he likes the challenge. He just doesn’t like washing it at the end of his shift. And we don’t blame him, but we still make him do it.